We are excited to announce our investment in Melbourne-based mod.io’s US$26 million Series A funding round to power user generated content (UGC) for creator-driven gaming communities worldwide. This investment is alongside Tencent, LEGO Ventures and globally leading gaming focussed funds Makers Fund and Play Ventures.

mod.io is a cross-platform mod and UGC technology engine created by the team behind ModDB. mod.io allows game studios to supercharge their community’s creativity on PC, console and mobile by giving those players and creators the ability to search, store, use and trade unique ‘modifications’ they make to a game. ‘Modifications’, or ‘mods’, can include any changes to the gameplay not created by the game developer itself such as new maps, skins, gameplay or game assets, like a shield, sword or car. Since its launch in 2019, mod.io has been used by more than 80 games to power their mod and creator communities, with 450 thousand users accessing the platform daily on PC, console and mobile. Together this mod.io community has created over one million pieces of content, with over 500 thousand mods installed daily and over 170 million mods installed annually.

Meet Scott Reismanis, CEO and co-founder of mod.io alongside co-founder Patrick Sotiriou and the team

Scott Reismanis, CEO and co-founder of mod.io, is widely respected in the gaming industry having over 20 years’ experience as a web engineer and entrepreneur. Scott launched ModDB.com in 2002 and then IndieDB.com. These sites are like the movie database IMDB but for mods and games and became the ‘community centre’ for game players and fans.

Seeing UGC momentum building, Scott teamed up with his co-founder Pat to found mod.io with the vision to give more games the ability to grow and harness the power of UGC.

We first met Scott and Pat in mid 2020 and were immediately impressed with their genuine passion for, and experience in, the gaming space, their insight regarding the power of mods and the work they had done to get mod.io live in the hands of users. They are exceptional founders and people.

We were very excited at the prospect of partnering with them and the team on this journey to create the category defining UGC business globally.

But let’s take a step back for the moment and place mod.io and UGC in the broader context of the gaming ecosystem and the arch of history…

Globally, the gaming market is levelling up and is set to reach over US$250 billion annually by 2025. The gaming ecosystem comprises many nodes ranging from hardware developers (think Intel, NVIDIA, Microsoft’s Xbox and Sony’s Playstation), game engines (like Unreal and Unity), game ‘middleware’, studios, AAA & indie game developers and distributors. This rich ecosystem is enabling the rise of the ‘metaverse’, a term used to represent the centralisation of gaming and gaming culture into a single synchronous, ongoing space in which players can interact in real time.

As the physical world moves into the metaverse and as a greater proportion of our time, attention, social interaction and wallet moves there too, there is an immense opportunity in a unique moment in time for founders to build generationally impactful businesses.

Creator economies are the next big frontier in gaming

Roblox’s massive US$42 billion IPO on the NYSE earlier this year is just one example that demonstrates the potential here. In 2020, Roblox had an average of 36 million daily active users and 8 million creators. But, Roblox isn’t the first example of UGC-led player engagement.

It is these drivers that are fuelling the strong tailwinds for UGC in gaming trends and it is estimated that the total spend on UGC will be $1 in every $10 spent on games by 2030.

Enter mod.io, as the platform that unlocks this immense trend for game developers and studios world-wide.

“I think we’re going to see the next iteration now, where ‘modding’ goes full circle. As studios adopt better strategies for UGC and mods, it’s going to encourage players who were creating standalone games to return to UGC, because the rewards will be there.” — Scott Reismanis, CEO and Founder, mod.io

mod.io provides a turnkey UGC engine that reliably provides gaming partners a safe, scalable and engaging experience for their creators and players. At the heart of the product is its software development kits (SDKs) for Unity and Unreal, which make mods accessible in-game in one simple click, easy to integrate and entirely platform-agnostic. Integration is all that is needed by developers to form their own creator community with mod.io.

If UGC and mod.io excites you, make sure to explore their latest job opportunities. 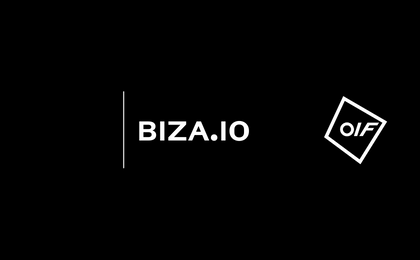 Our investment in Biza.io 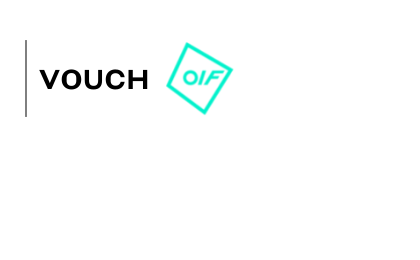 Our investment in Vouch

Vouching for a Scalable Solution to Customer Stories and Asynchronous Video